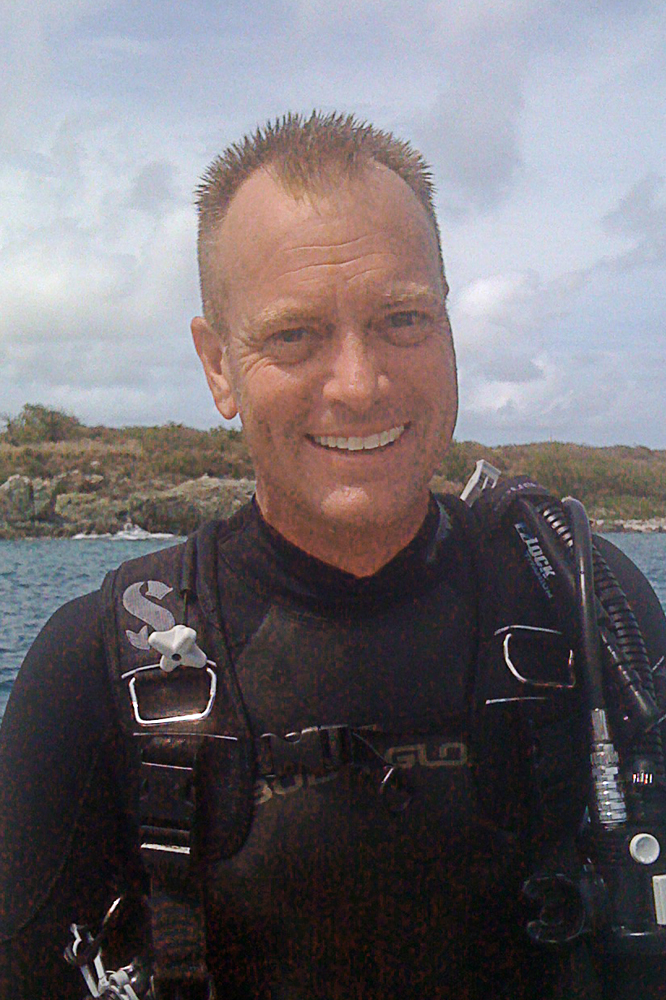 About the Artist
Stu Coleman has been a commercial artist since the early 1980s when the medium was xerography and dry-transfer lettering and the message was underground band posters. In the late 80s, he was the Art-Director and Editor of the Duckberg Times, a Washington D.C. music and arts paper. Throughout the 1990s, he worked in entertainment advertising, retouching movie posters and creating mechanicals and began painting in acrylics to decorate his home and those of his Hollywood friends. After a period of working as a SAG actor and music producer, he returned to commercial art.

Through the 2000s, he continued working in movie advertising, and furthered his love affair with beaches of the U.S. and Caribbean. He took up sailing and scuba diving and continued to paint abstract landscapes of the places that had moved him.

In 2009, he spent 2 months living in Utila, a quaint Bay Island of Honduras, sailed a 50” sailboat from Hawaii to Long Beach, sailed for three months as Mate/Master Gunner aboard a squared rigged tall ship in the Puget Sound and from October 2009 through 2010, was working as a Scuba Instructor/Dive Boat Captain in St. Thomas, USVI.

Coleman currently lives in Marina del Rey, CA and conducts sailing charters and cruises and races aboard his Beneteau 331, Reliance.

Coleman”s pro-bono illustrations for the Catalina Conservancy Avalon Harbor Underwater Clean-Up were elected as the winning design for three years in a row. 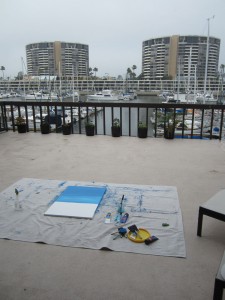 The majority of these paintings were/are painted “en plein air” on the patio or deck of Marina del Rey artist’s Stu Coleman’s “Peid a Mers” in California.